Wow, lots of things since before Christmas, mostly small.

Three hats! One of these was bartered to my niece in exchange for an art project, which we settled on being a picture of a cat on

fearless_prime 's suitcase, so that we can tell it from the infinite number of black suitcases on the luggage carousel.   (Original idea from brother in law Dave, who has a black suitcase with white handprints, like Saruman's orcs).  And two chemo hats, one funny and  one, well, less elegant than I might have liked, because I always forget that Malabrigo is a little uneven.

One pair of socks for the Christmas pile: 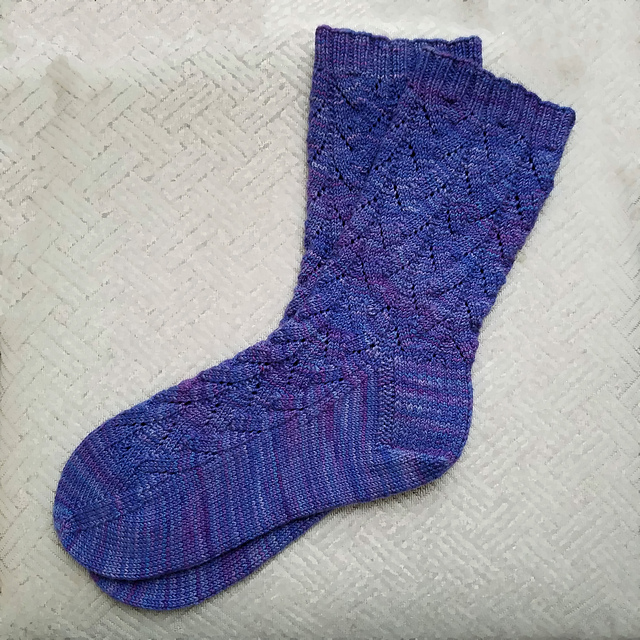 marleigh wanted one for her door for the Joco cruise - and there were something like a dozen of them scattered around doors throughout the ship - and then Eon wanted one too.   They are ridiculously fast to make - the yarn is a bulky fuzzy thing that other people have described as "knitting with unraveled Muppet" so it's easy to turn it back into a non-unraveled Muppet again.

Then a couple of accoutrements for

fearless_prime  - fingerless gloves for Ingressing in winter, and a cowl-scarf thing with fun colorful yarn.
(comments disabled on LJ; enabled on DW) https://firstfrost.dreamwidth.org/250553.html
Tags: knit
Subscribe
Comments for this post were disabled by the author