Two Sweaters (one eternal) and a whole bunch of other things 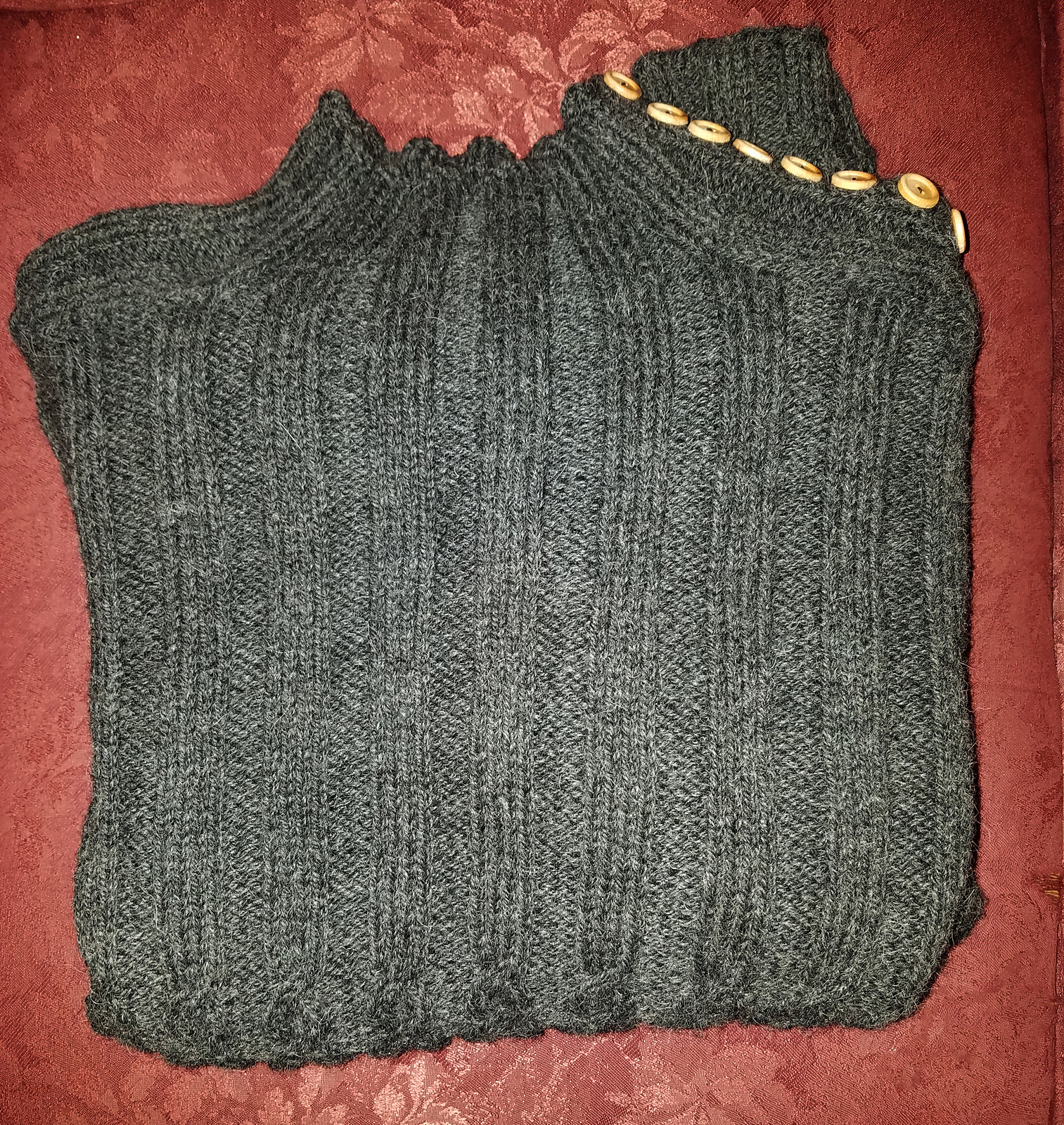 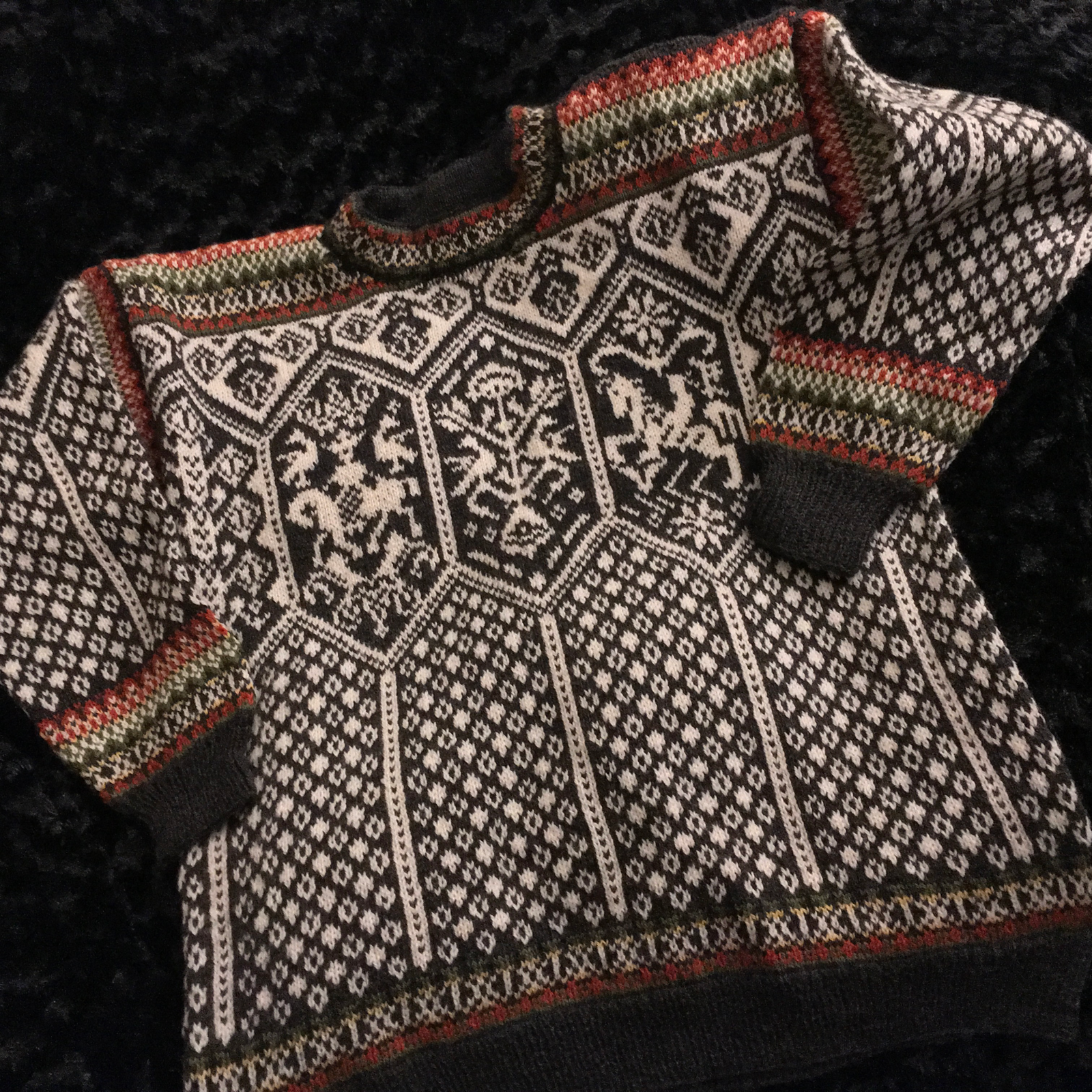 The left sweater was for Eon.  I liked the yarn, which is a wool/alpaca combination and gives the fabric a cool, smooth feel, a little less sproingy than wool.   It was ridiculously boring to knit, being nearly all ribbing,  but it came out pretty well, I think.  (I am always suspicious of sweaters that put the neckhole at the top rather than tilt it towards the front).

The right sweater was for

marleigh  and more than made up for the boringness.  We picked this one as the most over the top of the Norwegian ski sweaters available, and it really was.  It took about eight months to finish, in part because I ripped probably half a sweater of work out in the process.  I struggled with gauge a  bit - a lot of people used fingering for this sweater so I figured it would be okay - but going with sport would probably have let me get gauge (and being a bit thicker)  without teetering on the edge of floppy looseness.   The rest of my issues were just caused by inattention (realizing eight inches in that I had my panels off by one set of diamonds was the most embarassing), but the diamond pattern really did lend itself to going on autopilot and waking up three inches past where I was supposed to start the lozenges.    I do like how it looks at this point, though!   I have gotten pretty good at tension for stranded colorwork sweaters, though that unfortunately isn't loose enough for stranded socks. 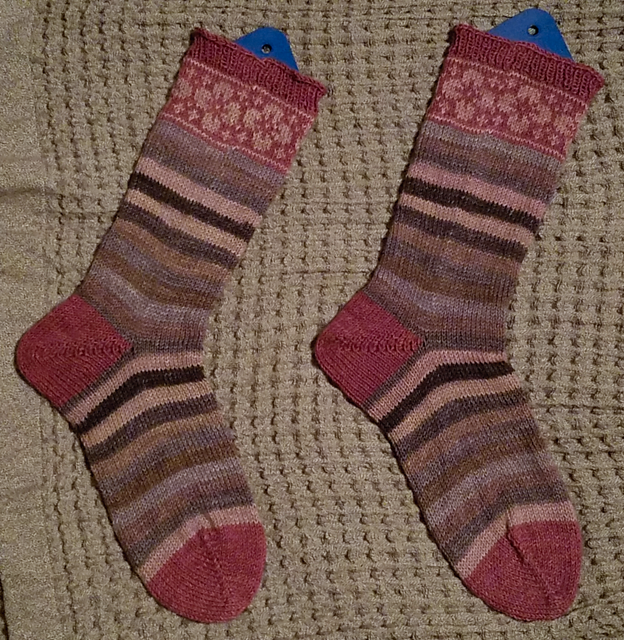 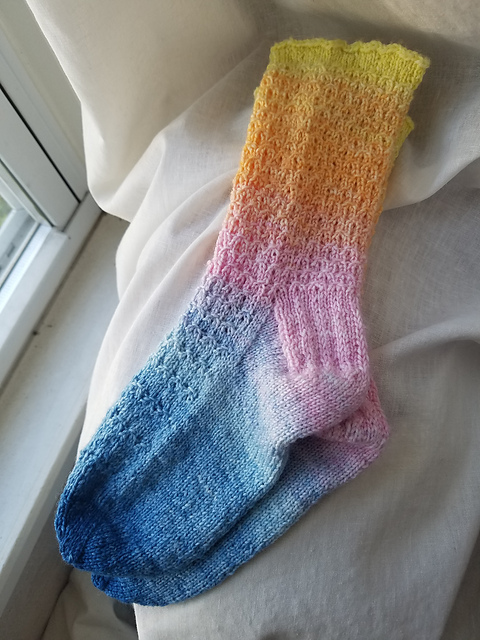 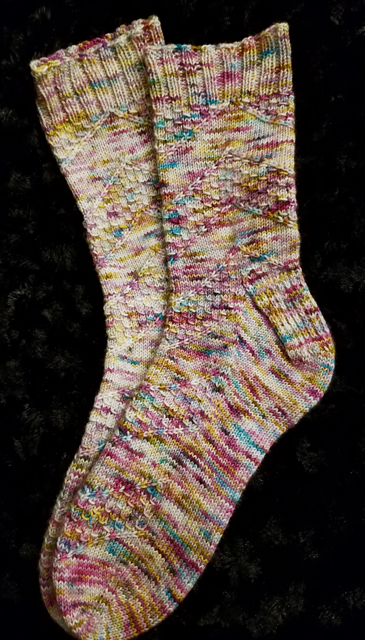 Three pairs of socks.  The left most pair was a kit (Saxe Pointe), but I was a little disappointed in the colors, which were not as clear as in the advertising photo .  But, colors in photos and monitors are always a matter of perception.    The middle pair was an experimentation with a gradient-dyed sock blank.

mathhobbit  was teasing me for turning knitted fabric into knitted fabric in such a tedious fashion.   Anyway, I was pleased with the experiment, and have another blank to turn into blue gradient socks at some point in the future.    The third pair is knit from either end of the skein (from Phydeaux Yarns, which I love the colors of), and it was surprising how different the color density was. 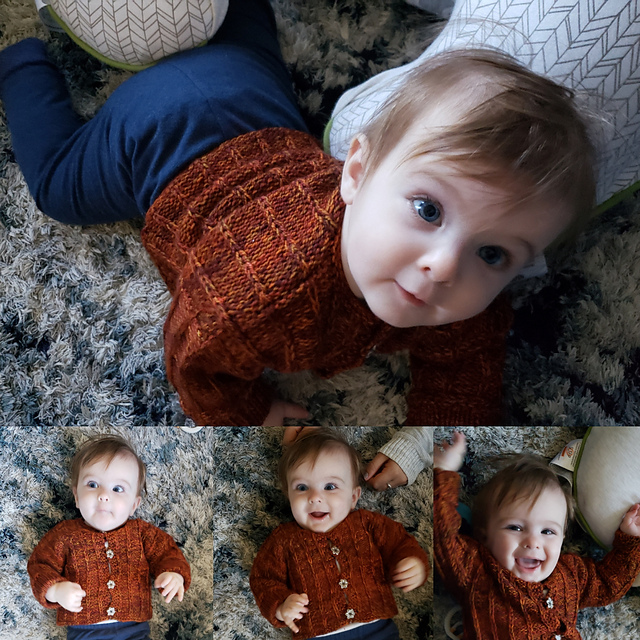 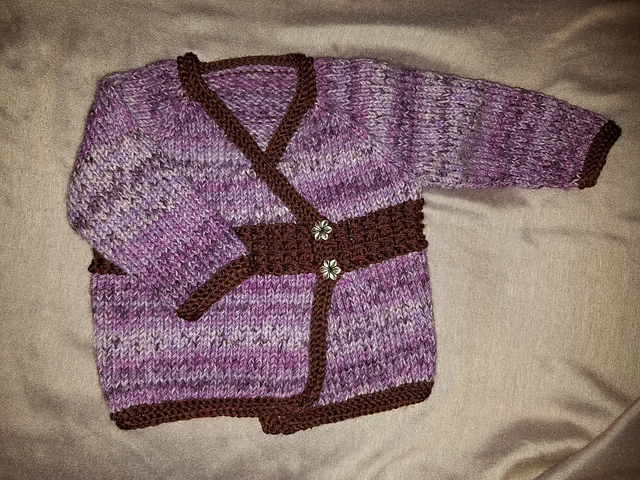 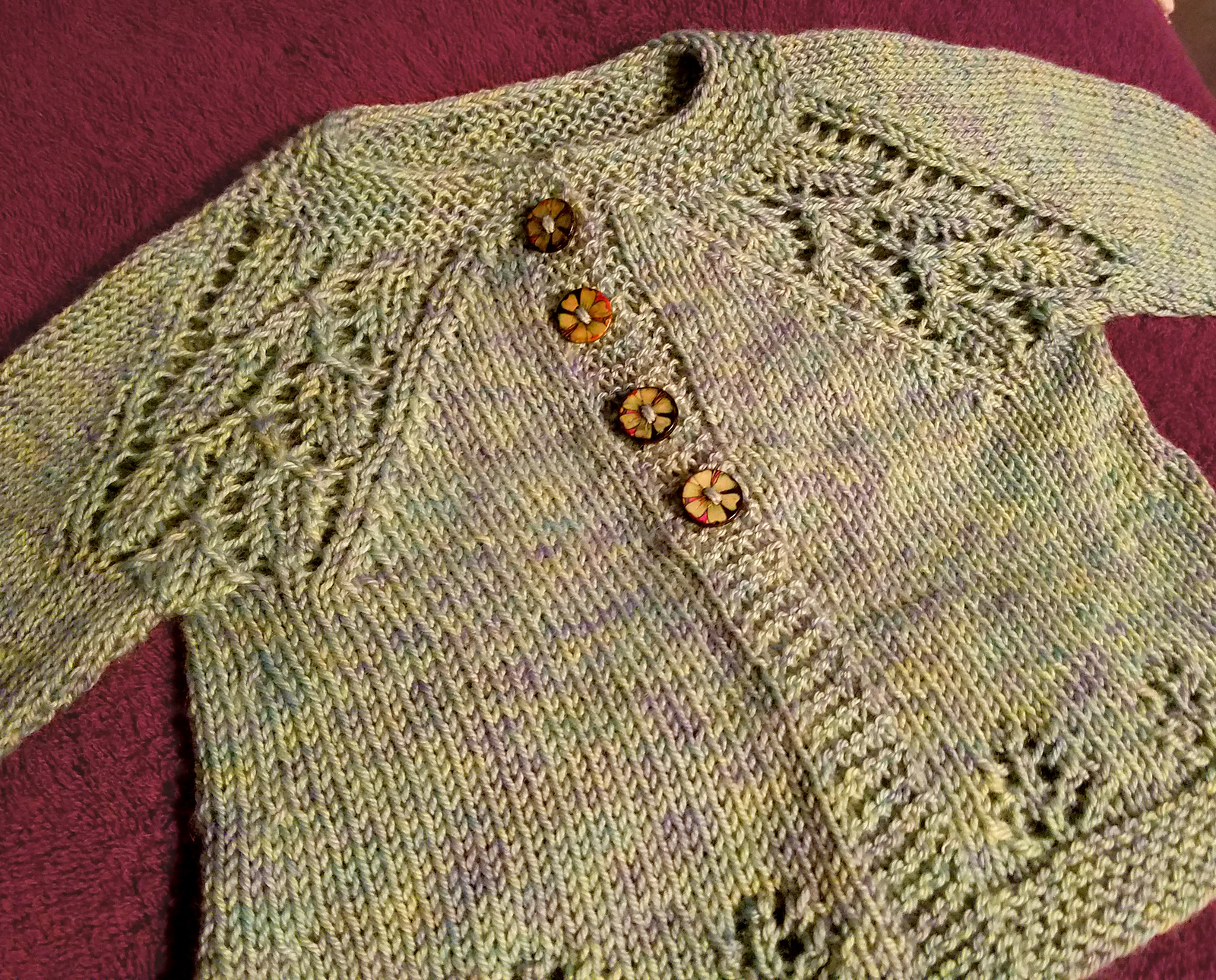 Putting an actual baby in the sweater does make it a *lot* cuter.   Three sweaters for new moms &  dads at work.   One of them gave me an update; it is apparently the baby's favoritest sweater, so now it's a little small as she's gotten bitter. 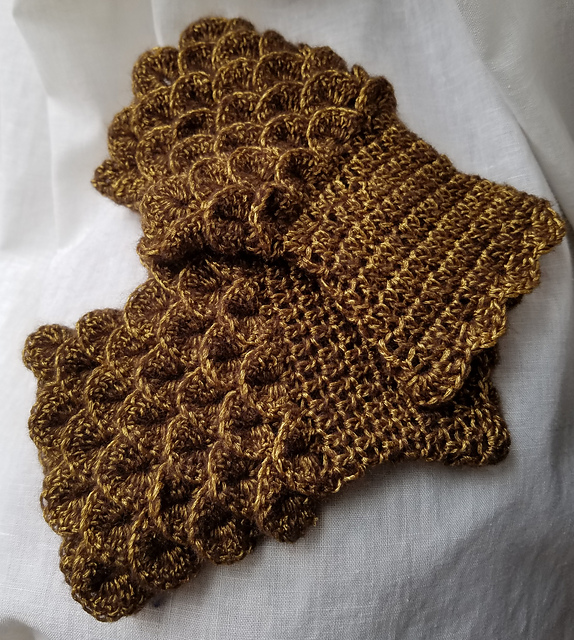 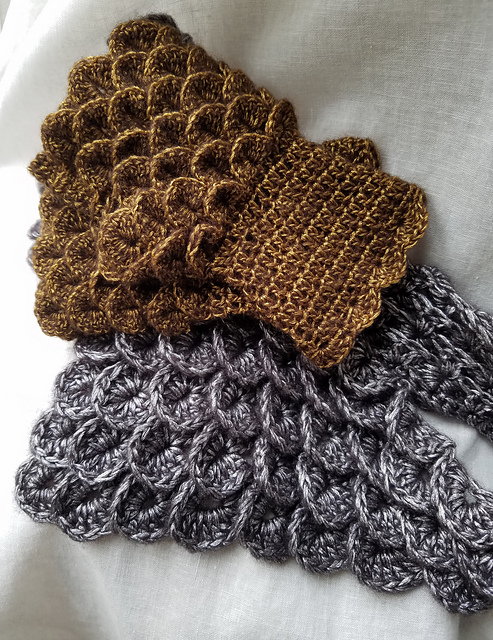 tirinian for LARPing.   I'm really pleased with how the metallic-looking yarn looks, and they're very soft.

Finally, a whole slew of amigurumi.   My octopodes have now fully colonized work, and are keeping pace as the company grows, but occasionally someone wonders about making something else. 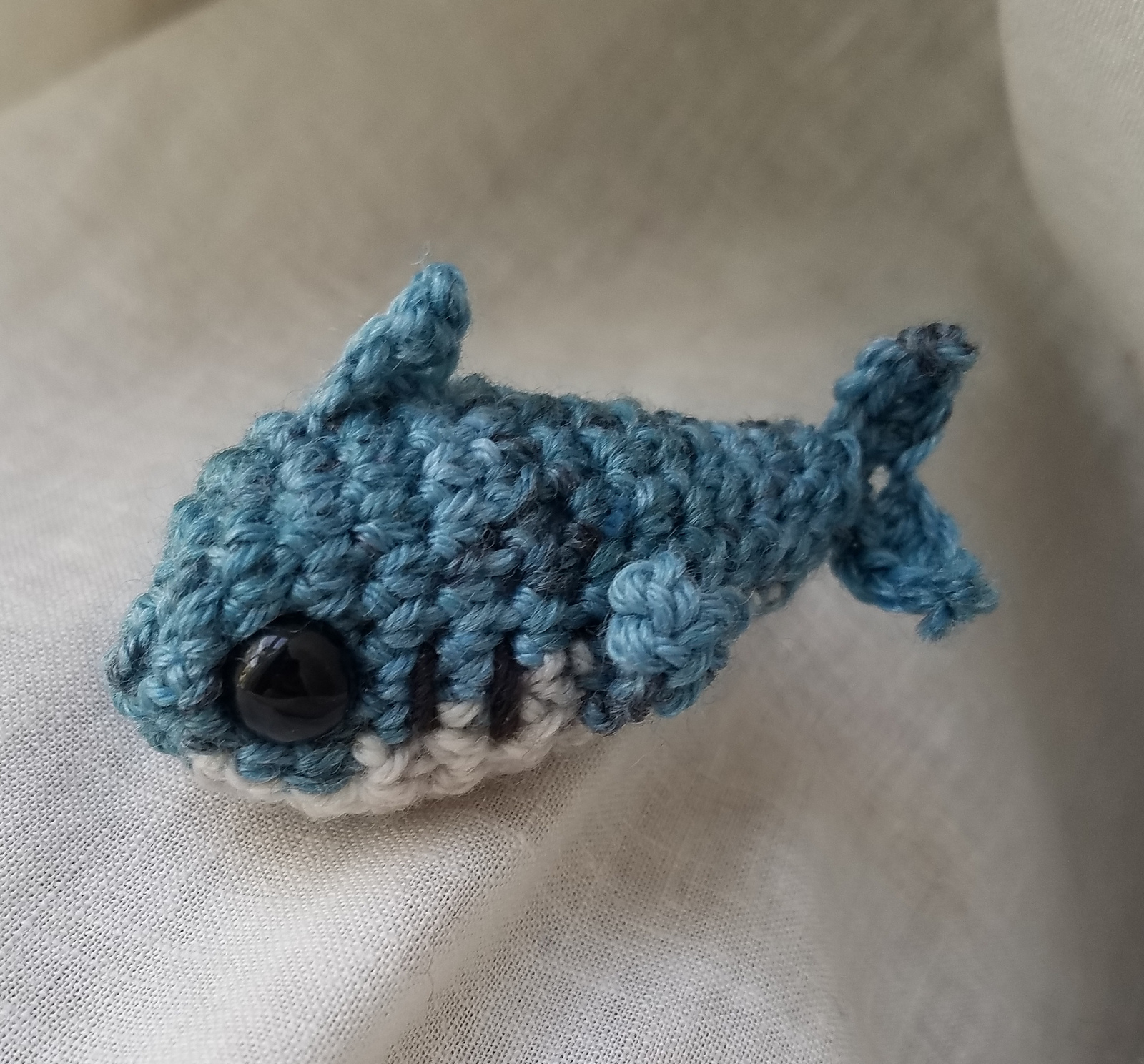 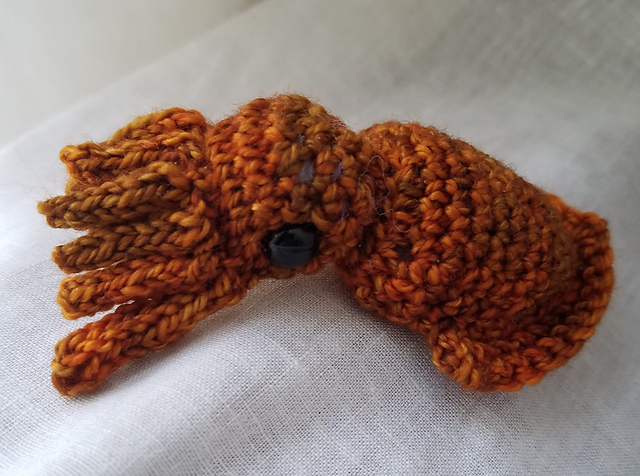 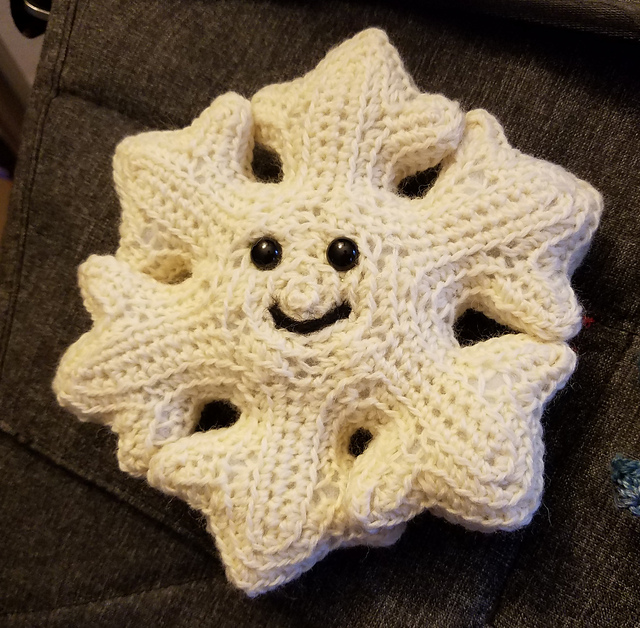 (comments disabled on LJ; enabled on DW) https://firstfrost.dreamwidth.org/251514.html
Subscribe
Comments for this post were disabled by the author